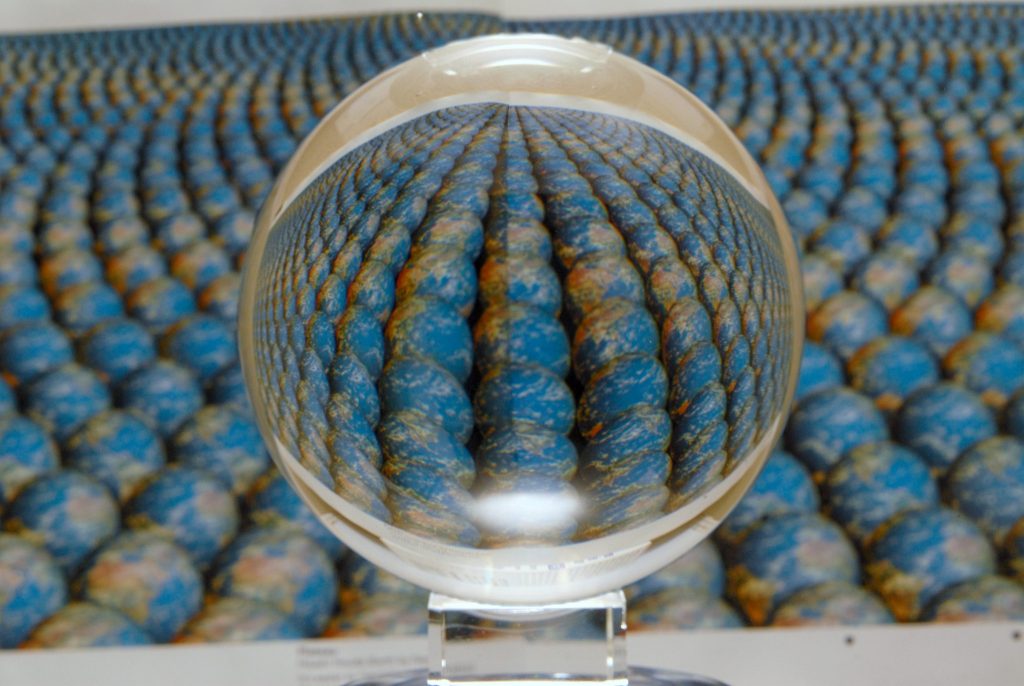 (above) Pink Flamingos at the Maryland Zoo, as depicted by reflected infrared light. 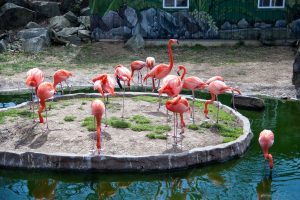 (above) Pink Flamingos at the Maryland Zoo (full color version)

Larger views of the images are available here

There is a similar reason for the flamingo’s pink appearance and also the high reflectivity of infrared light by their feathers as shown in the B&W version: the presence in their feathers of beta-carotene. Beta-carotene is present in both the algae and in the shrimp that are part of the flamingos’ diet. Beta carotene is an organic chemical that contains a reddish-orange pigment and is also highly reflective of IR radiation, explaining the light color of the flamingos’ feathers in the B&W image.

And as an atheist, Feynman rejects the version of man’s origins presented in Genesis, but rather considers man to be a close relative and a descendant of the apes. Plucking a banana from its tree is like obtaining one additional bit of understanding of “the ultimate laws of physics”.

“The game I play is a very interesting one. It’s imagination, in a tight straitjacket.” — Richard P. Feynman

“Feynman once said, ‘Science is imagination in a straitjacket.’ It is ironic that in the case of quantum mechanics, the people without the straitjackets are generally the nuts.”
–Lawrence M. Krauss

Here is link to a video clip where Feynman makes his science as imagination in a tight straitjacket assertion: http://youtu.be/ysYEAC4z66c

Here are two shots I took of a street performer entertaining spectators by struggling to get out of a straitjacket while balancing on a large ball. It’s interesting that some of the spectators watching him have their arms crossed as if they themselves were wearing straitjackets: