New Jersey Governor Chris Christie appears to be on the same side as fellow Republican Mike Huckabee, who had this to say about the Republican Party :

“I think that there is just such a toxic atmosphere right now, specifically in the Republican party. I would love to say that it’s going to be all about ideas and solutions, but unfortunately a lot of it is about just being able to say, ‘I’m more angry at the Obama administration than somebody else.’ That’s not what motivates me politically or governmentally. I believe it ought to be about solutions.” –Mike Huckabee, former Gov of Arkansas

The situation with the Republican party could be depicted as a tent plagued with a toxic atmosphere. In the depiction below, the Republican tent is being protected by guards in black wearing gas masks to protect them from the toxic fumes. 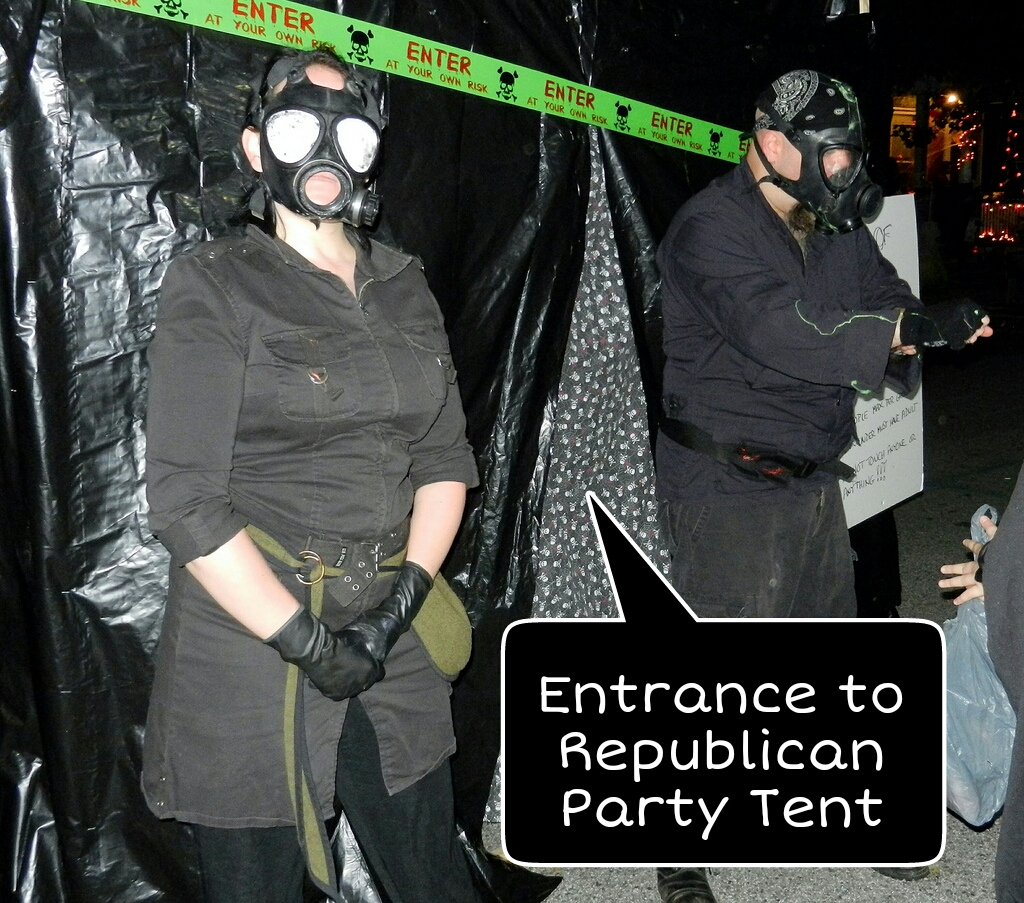 And here’s a clothing mannequin depicting a photojournalist about to enter the Republican tent, wearing a gas mask so as not to be overcome by the fumes of the ” toxic atmosphere”