This email made its way to me.

Twenty four members of the Department of Mathematics at the University of Leicester – the great majority of the members of the department – have been informed that their post is at risk of redundancy, and will have to reapply for their positions by the end of September. Only eighteen of those applying will be re-appointed (and some of those have been changed to purely teaching positions). This is supposedly because of a financial crisis at the University, though the union disputes this claim. It should be noted that there is no formal tenure in the UK, but such mass redundancies are highly unusual.

You can add your name to the online petition against this unusual
attempt at:

In this case it would be helpful to mention in the comments section that your signature is in support of the Mathematics Department (the petition is for the whole University, but apparently only the Math Dept has been formally notified of the redundancies at this stage).

You can also write directly to:

So, as linear algebra is well-founded, one is not going to find some internal inconsistencies in special relativity.

Moreover, today we understand special relativity to be based on the geometry of Minkowski space-time. Basically, this is Euclidean with an awkward minus sign in the metric. Thus, special relativity, from a geometric perspective, is as well-founded as any thing in differential geometry.

So one is not going to mathematically prove that special relativity is wrong in any mathematical sense.

On to physics…
However, the theory of special relativity is falsifiable in the sense of Popper. That is, taking into account the domain of validity (ie., just the situations you expect the theory to work), experimental accuracy, statistical errors etc. one can compare the theoretical predictions with what is measured in experiments. If the predictions match the theory well, up to some pre-described level, then the theory is said to be ‘good’. Otherwise the theory is ‘bad’ and not considered to be a viable description of nature.

Even the more strange predictions like time dilation are realised. For example the difference in the life-time of muons as measured at rest and at high speed via cosmic rays agrees very well with the predictions of special relativity.

The clause
The important thing to remember is that the domain of validity is vital in deciding if a theory is ‘good’ or ‘bad’. We know that physics depends on the scales at which you observe, so we in no way would expect special relativity be a viable description across all scales. For example, when gravity comes into play we have to consider general relativity.

On the very smallest length scales, outside of what we can probe, we expect the nature of space-time to be modified to take into account quantum mechanics. Thus, at these smallest length scales we would not expect the description of space-time using special relativity to be a very accurate one. So, no one is claiming that special relativity, nor general relativity is the final say on the structure of space and time. All we are claiming is that we do have ‘good’ theories by the widely accepted definition.

Are all claims that relativity is wrong bogus?
Well, one would have to examine all claims carefully to answer that…

However, in my experience most objections to special relativity are based on either philosophical grounds or misinterpreting the calculations. Neither of these are enough to claim that Einstein was completely wrong in regards to relativity.

Paraphrasing what he said:

Surely all mathematics was worked out and finalised years ago?

I think he was willing to accept that there are still some classical open problems, but essentially he thought that mathematics was now ‘done and dusted’.

Of course this cannot be the case, as evidence I offer all the preprints that appear on the arXiv everyday. Mathematics departments are not full of people who just teach linear algebra and calculus to engineering students! I also submit that my boss Prof. Grabowski would be wondering what I am doing day in day out!

But why would he think mathematics research is over?

High School Mathematics
I think this belief stems from mathematics teaching in schools. Let me explain…

Let us start with physics and science in general. Students and the public at large know that scientists are working on open problems and discovering new things. For example we hear about new materials (eg. graphene); we know that the likes of Hawking are wrestling with the theory of black holes; we see images of all kinds of things in observational cosmology; we hear about medical scientists working on cancer cures; biologist discovering new species can make the news; CERN discovered the higgs boson…

High school students are aware that science is far from over and the syllabus for A-level physics is periodically updated to reflect some of these new discoveries.

But what about mathematics?

Linear algebra first emerged in 1693 with the work of Leibniz. By about 1900 all the main ingredients were know, so vectors have a modern treatment by 1900. This is all quite dated, but some open questions remain (for example in relation to quantum information theory).

Quadratic functions were solved by Euclid (circa 300 BC) and ‘the formula’ was known to Brahmagupta by 628 AD.

Calculus the foundations are from the 17th century in the works of Newton and Leibniz.

Plane geometry goes back to 300 BC and Euclid. Coordinate geometry is due to Descartes in the 1600’s.

Probability theory has it origins in Cardano’s work in the 16th century. Fermat and Pascal in the 17th century also made fundamental advances here.

Logarithms and exponentials in their modern form is due to Euler in the 18th century.

Trigonometry has roots going back to the Greek mathematicians from the 3rd century BC. Islamic mathematicians by the 10th century were using all six trigonometric functions.

So in sort, much of the typical pure mathematics syllabus at advanced level in high school is quite old. This I think, together with the ‘unchanging’ nature of mathematics (once proven a statement is always true) leads to the idea that it is all done already and nothing new can be discovered.

It also take from my friends question that he understood that the applications of mathematics are important and that plenty of work in applied mathematics is going on, for example in computational approaches to chemical dynamics. However, the ideas that mathematics as mathematics is finished remained.

For me personally, these applications of mathematics can lead to new structures in mathematics and this is worth studying. Indeed much of my professional work is in studying geometries inspired by applications in physics, particularly mechanics and field theory.

What can be done?
The ‘unchanging’ nature of mathematics is hard to get around. In science some new evidence could come to light and change our views. Indeed the scientific method is an integral part of teaching physics at advanced level in the UK. This ‘flexibility’ of science to adapt is important in student understanding of the philosophy of science.

So, we could try to promote new discoveries in mathematics to the general public, including high school students. The problem is that the background needed to understand the questions, let alone have any idea about the solutions prevents wide public engagement. Astronomers are lucky, we have all seen stars in the sky and can admire nice pictures!

Trying to start at a much higher level of mathematics would be futile, given the prerequisites that are needed. Moreover, most students will not become researchers in mathematics and will only need to be comfortable applying basic mathematics to their later field of study and work.

In short I have no idea how to promote the idea that mathematics research is not over, but please take my word it is not over!

This years speakers are:

The lectures will be held in London, Birmingham, Leeds and Glasgow.

The topics seem to be catered to the general populous, I won’t expect the opening line to be “Let E be a quasicoherent sheaf of modules on X…”

Engineering needs to emphasise its creative side to encourage more young people to take it up as a career.

This is fine. The fields of science and engineering do require some creative thinking. There is an element are art to this.

But I am worried about the continual message of a lack of STEM graduates where in reality many are unemployed. I really don’t understand the B.S. here.

The mathematics skills and the teaching methodologies in Welsh schools seems to be a continuing source of worry.

The attitude that it is okay to not be good at basic mathematics needs to change. There is some social acceptability in being poor in mathematics. I am sure that when English teachers, lets say at a party, explain that they are English teachers are not met with a funny look and the response “I hated English at school and I cannot read or write”…

The camp will be in near the city of Tricity, Poland, which is situated on Gdańsk Bay. The planned start date is 1st May 2015. Keep an eye on the webpage for further details. 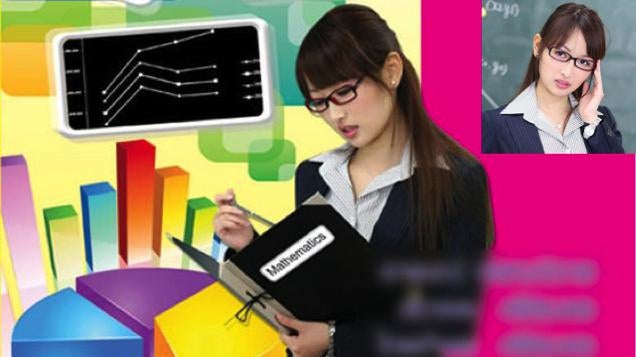 In my class you see me rapping, singing, dancing on the tables—I even made a music video about math to grab their attention.

But then if it works…

This event is completely FREE, but spaces are limited. Please follow the link below for more details.