A team at IBM in Zurich have used a variant of a technique called atomic force microscopy to produce single-molecule images [1]. These are so detailed that the type of atomic bonds can be seen.

Here are some of those pictures. They belong to IBM and can be found on the BBC website. 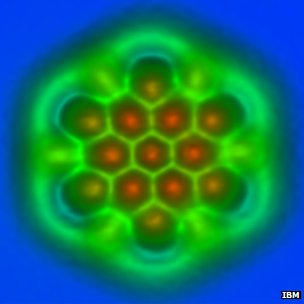 The bonds at centre are shorter than those at the edges, as they involve more electrons. 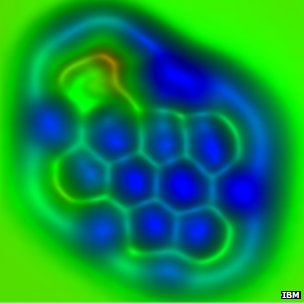